Valga is a town in southern Estonia and the capital of Valga County. Until their separation in 1920, Valga and the town of Valka in northern Latvia were one town. They are now twin-towns. The area of Valga is 16.5 square kilometres (6.4 square miles) and that of Valka is 14.2 km2 (5.5 sq mi). Their populations are respectively 12,261 and 6,164. On 21 December 2007 all border-crossing points were removed and roads and fences opened between the two countries with both countries joining the Schengen Agreement. 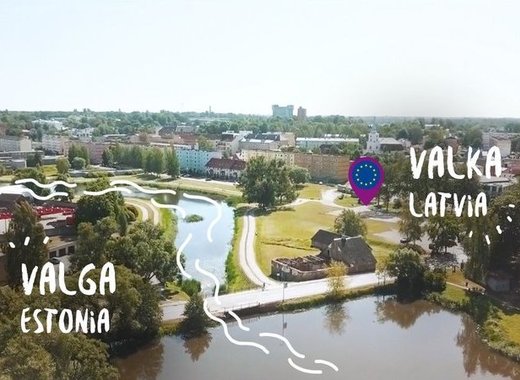