Born in Rakvere in 1963, Riho Toomra received a little knitting from his grandmother as a teenager. In German, this technique is called kunststricken, which literally means artificial weaving. Practical Estonians have used such woven tablecloths mainly as table coverings, but the subtle nuances of the pattern are much better when exhibited on the wall.

The artificial knitwear of Riho Toomra on display at the exhibition is based on patterns created by Herbert Richard Niebling. H. Niebling (1903-1966) was a German artist who dedicated his whole life to creating lace patterns. We must also be grateful to him for the system of symbols that the weavers so obviously use. The patterns created by Niebeling have probably been used by many, without knowing the actual creator. A few pieces of information picked up here and there encouraged the author of the exhibition to get more information about the pattern designer, and for the last ten years he has been consciously searching for and knitting timeless patterns from a great lace master.

Today, Riho Toomra’s portfolio includes hundreds of lace knits, but his goal is not to make money with them, but rather to offer eye pleasure. Although rock music and lace weaving are what feed Riho’s soul, a man earns his daily bread as a bus company owner and bus driver. However, he has always tried to combine his works and hobbies, and this is how he is known in rock circles today for driving heavy music lovers to various European rock festivals. Tallinn rock clubs Hades and Tapper have also been created on his initiative.

In addition to Estonia, exhibitions of Toomra’s works have been exhibited several times in Latvia and Lithuania, as well as last year in the Netherlands. 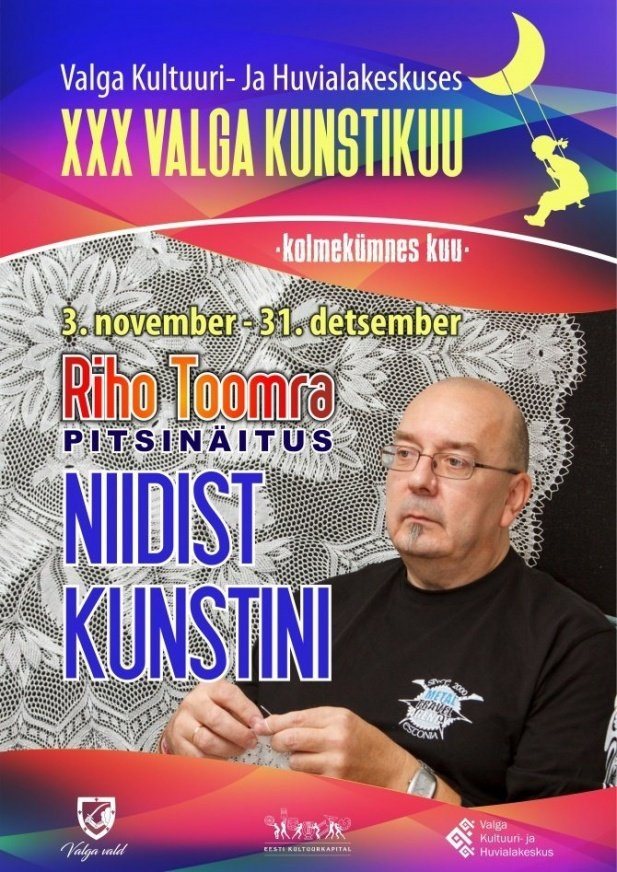